These new translations and introductions were produced by a team of academic scholars trained in the pertinent fields of biblical studies and the history of Judaism and Christianity. All are experienced in the life and liturgy of the church and synagogue. They bring to their work on these texts a deep technical and historical knowledge of the original languages and historical contexts in which each passage was written. Further, as longtime participants in ecumenical and interfaith dialogue, they are conscious of the social and theological issues attendant upon specific presentations of ancient texts in contemporary liturgical settings. Finally, as ministers and participants in the life of the contemporary church and synagogue, they bring to this work an understanding of and sensitivity towards the power and beauty of worship, which they hope through these new renderings to enhance. 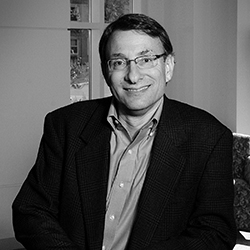 Alan J. Avery-Peck is Kraft-Hiatt Professor of Judaic Studies at the College of the Holy Cross in Worcester, Massachusetts. With a focus on the Talmudic literature and specializing in Jewish history and religion in the first six centuries CE, Dr. Avery-Peck is an author, co-author, and editor of numerous books and articles. These include the co-edited works The Encyclopaedia of Judaism (second edition in four volumes, Brill, 2005) and The Encyclopedia of Religious and Philosophical Writings in Late Antiquity: Pagan, Judaic, Christian (Brill, 2007). He is the author of the commentary to Second Corinthians in The Jewish Annotated New Testament (second edition, 2017) and is editor of the journal The Review of Rabbinic Judaism. At Holy Cross, Professor Avery-Peck teaches courses on topics ranging from early Judaism and Christian origins through modern Jewish history and thought. Prior to his appointment at Holy Cross in 1993, Dr. Avery-Peck was Professor of Classical Studies at Tulane University, where he directed Tulane’s Jewish Studies Program. 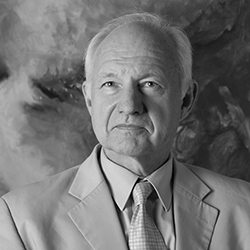 Bruce Chilton is a scholar of early Christianity and Judaism. He wrote the first critical translation and commentary for the Aramaic version of Isaiah (The Isaiah Targum, 1987), as well as academic studies that analyze Jesus in his Judaic context (A Galilean Rabbi and His Bible, 1984; The Temple of Jesus, 1992; Pure Kingdom, 1996).

He has taught in Europe at the Universities of Cambridge, Sheffield, and Münster, and in the United States at Yale University (as the first Lillian Claus Professor of New Testament) and Bard College. Currently Bernard Iddings Bell Professor of Philosophy and Religion at Bard, he also directs the Institute of Advanced Theology there.

Principal publications include Rabbi Jesus: An Intimate Biography (2000), Redeeming Time: The Wisdom of Ancient Jewish and Christian Festal Calendars (2002), Rabbi Paul: An Intellectual Biography (2004), Mary Magdalene: A Biography (2005), The Cambridge Companion to the Bible (2007), Abraham’s Curse: Child Sacrifice in the Legacies of the West (2008), The Way of Jesus (2010), Visions of the Apocalypse (2013), and Christianity – The Basics (2015). 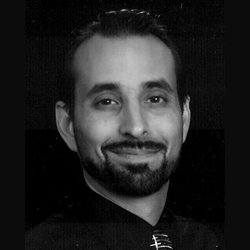 Delio DelRio is Assistant New Testament Professor and Florida Extension Center Regional Dean at New Orleans Baptist Theological Seminary. He has also taught as an adjunct professor at Leavell College, New Orleans and Louisiana College. He is the author of Paul and the Synagogue: Romans and the Isaiah Targum; “The Targums and the Apostle Paul” in Earliest Christianity within the Boundaries of Judaism: Essays in Honor of Bruce Chilton; and several entries in Lexham Bible Dictionary. With an academic focus on the Targums and the New Testament, Dr. DelRio has taught various graduate and undergraduate courses, including Greek Grammar, New Testament, Biblical Exegesis, and Christian Ministry. 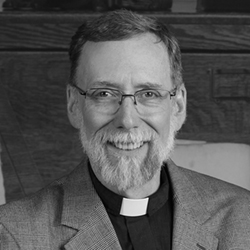 Peter A. Pettit is Teaching Pastor at St. Paul Lutheran Church, Davenport, IA. He is a research fellow of the Shalom Hartman Institute in Jerusalem and serves nationally and internationally as an expert advisor on Christian-Jewish relations with the Evangelical Lutheran Church in America, the American Jewish Committee, and other organizations. He was the founding chair of the Council of Centers on Jewish-Christian Relations and serves on the editorial board of its online journal, Studies in Jewish-Christian Relations.

Dr. Pettit holds emeritus rank as director of the Institute for Jewish-Christian Understanding and associate professor of Religion Studies at Muhlenberg College, where he taught for 20 years. He also served for five years as director of the Ancient Biblical Manuscript Center in Claremont, California, cataloguing and managing its photographic collection of the Dead Sea Scrolls and thousands of Biblical manuscripts from libraries around the world. He studied
Masora and Syriac versions at the Hebrew University and participated in the translation work of the NRSV under the mentorship of Prof. James A. Sanders. He is the translator of introductory material in Dominique Bathélemy’s programmatic work for the United Bible Socities, Studies in the Text of the Old Testament (Eisenbrauns, 2012), and the author of numerous scholarly contributions. 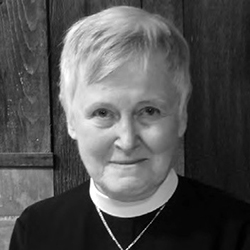 The Reverend Susan Auchincloss, a retired Episcopal priest and former headmistress of an Episcopal school, has been involved with this project out of her love for the Christian faith and the church. She believes this translation will add fresh energy to parish life through a new appreciation of the scriptural sources of Christianity. 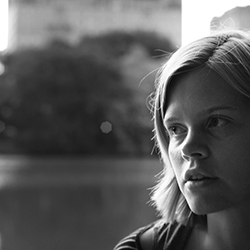 E. T. Perry is a writer and editor currently based in New England. She graduated with honors from Vassar College in 2013. She earned her BA in English, specializing in literature and literary theory. She has contributed to a variety of literary and academic projects, both in print and online.

Zoe Cohen graduated from Oberlin College in 2018 with a degree in Philosophy. She lives in Massachusetts, and works as a freelance illustrator, web designer, and animator.